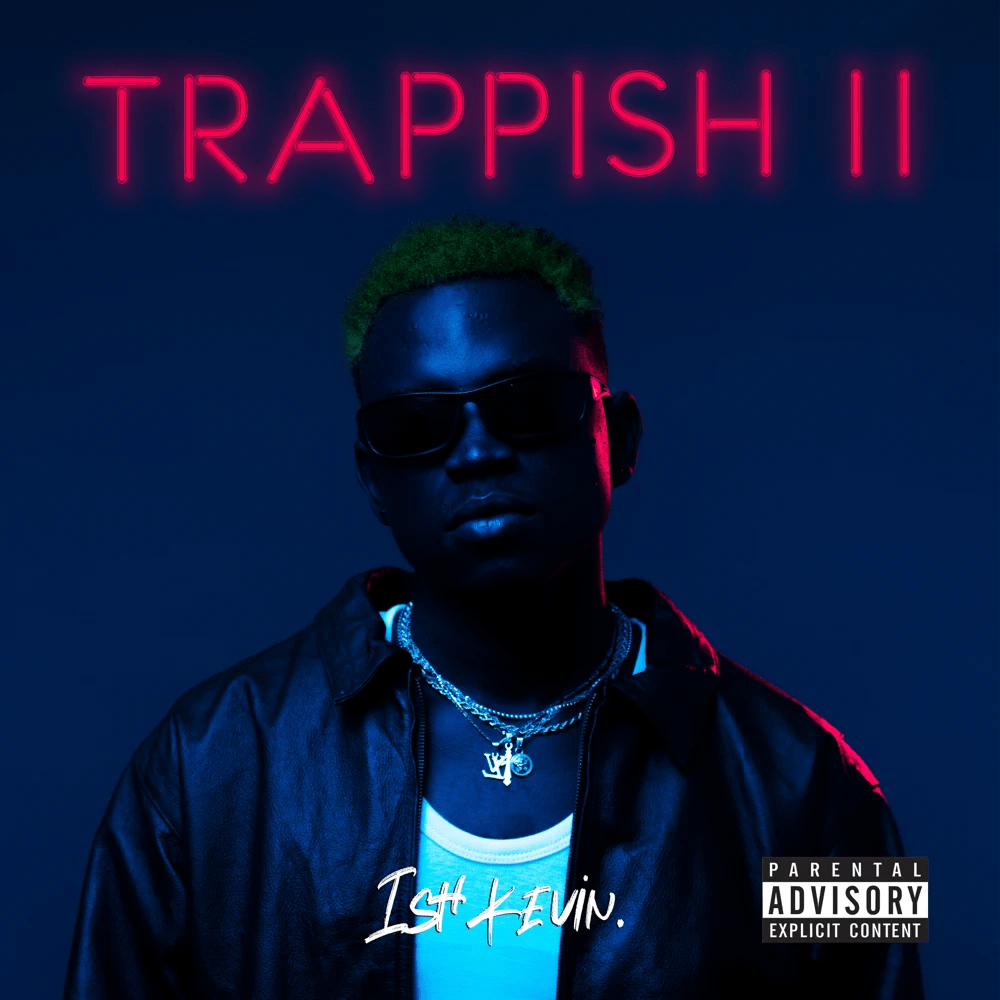 2022 has been a hell of a year for music so far. Internationally, we saw the return of huge names like Stromae and Kendrick Lamar, both artists from humble beginnings at their peak, cutting no corners to make excellent music. Locally, we witnessed the young flames of something similar. Ish Kevin unapologetically took us through his humble beginnings, the adversity he has faced and the dominance he wishes to assert on his latest mixtape, Trappish II, which boasts a meticulously crafted 7-song track list and pristine production.

“Wee first of all, ishene nciye si uko ndengana..”. Ish uses the first lyrics and an intoxicatingly simple trap guitar beat, courtesy of producers Bailey and Elhers, on the first track Ndi Rasta, to paint a brutally honest picture of himself. On lines like “…sibwo nje kwigira umwera aha, si nkaba bava jail bahimba iziriza abafana…”, Ish doesn’t shy away from his publicized run-ins with the law and bashes artists who present a deceitful image to the public.

His next track, Generation, is produced by Michael Makembe who offers a frantic, culturally inspired but contemporary instrumental by using drill-style kick patterns and off kilter hi-hats paired with traditional style percussions and samples. Ish Kevin speaks boldly on behalf of his generation: “Nshaka ko umpa respect, ureke kwigira papa”. He uses, fittingly, a traditionally inspired instrumental to talk about intergenerational respect and asserts himself as the voice that should be doing so.

Clout and Powa, the next tracks on the mixtape, are arguably the ones with the most mainstream appeal. The former is a collaboration between Ish and Nigerian A-class act Ycee and the latter is a collaboration between Ish, Kivumbi King, and Confy. Clout, a high energy drill cut, is riddled with themes of clout chasing culture, the trappings of fame, and everything in between. The track is laid over a deceptively simple drill beat which samples airy ambient vocals beautifully as a backdrop, courtesy of Bailey beats and Yannick MYK. Ycee puts the cherry on top for the second half of the song, with a laid back but mean delivery, matching the energy and themes of the song on his impressive verse.

In contrast, Powa, is a mellow afro-pop love joint. Confy delivers a melodic, catchy hook and a smooth first verse. Kivumbi King does his thing by delivering a signature well-written verse. Confy and Kivumbi are the perfect addition to this track and complement Ish Kevin’s contribution. Ish’s versitility can’t be understated. His ability to seamlessly transition from an aggressive, hype delivery to a calm and seductive one is definitely one of his biggest assets.

Game Changers, the next track on the mixtape, marks Theecember’s first appearance on the project. His dark and cinematic instrumental is filled with haunting vocal samples, gritty synths and other atmosphere builders and sets an excellent backdrop for Ish and MYK whose back and forth flow is as entertaining as ever. Ish sheds light on his relationship with the media, his perspective on public opinion, and the industry as a whole. In the end, he shows us a different side of him.

My year starts out with a hype patois style intro. As someone who holds his caribbean influence in high regard, it wasn’t suprising at all for Ish to make a dancehall party anthem on this mixtape. The song also marks the second appearance of Theecember, this time with KDaGreat and Yannick who deliver a true dancehall vibe with a bass-heavy dancehall instrumental filled with ear-grabbing reversed horns, moody ambient synths, and punchy kicks and snares. Ish unsurprisingly uses this instrumental to lay down some night life and party lyrics mixed with his signature bravado.

Ish tells a tale of a troubled past, substance abuse, rehab and harsh judgment. “Ku gitego nzingatira, ku murego mbibasira, abagango simbasiga n’ aba barembo simbakira”. With every line of that pre-chorus he repeats, he hammers home the anxiety and fear he has had to deal with but also the loyalty and relentlesness that got him through those times. The chorus makes those feelings of perseverance through persecution ever so clearer.

He continues recounting his story on the second verse, particularly talking about his come up on the music scene. “Nyuma yuko mbakomye agafreestyle/mbona feedback zo gutsinda/tiktak n’agakino ndakica.”. On these lines, we’re given a glimpse into some of Ish’s influences as well as his musical journey. “Nshyira amanigga mu byago ndatwika/Trappish ibakoramo big time/zino Drill zibasubiza kwiga”. Ish is essentially saying the Rwandan rap game had to go back to the drawing board after him and his movement made their entrance.

Nganji, Urumiya and Yannick MYK did an amazing job bringing out the melancholic somber atmosphere this song needed, flipping the sample amazingly, using simple but hard hitting drums. To top it off, Sogokuru’s synths add a cinematic ethereal layer. The result: *Chef’s kiss*! Everyone showed out. Yannick goes as far as adding backing vocals for the big finale. The production carries a lot of weight for this song to be what it is. The only fault I can find is the vocal mixing. Compared to the other records, you notice a clear dip in quality. Ish’s vocals didn’t sound nearly as crisp as they did on the rest of the songs but that is overshadowed by the detail, craft, and heart that is poured into this song.

This is a good jumping off point to praise two unsung heroes of this mixtape: Bob Pro and Yannick MYK. Having two people mix and master most of the mixtape was great foresight from Ish Kevin. It gave the mixtape a consistent sound and a high budget feel. The big roster of producers he gathered didn’t feel disorganized at all as it often is with projects that feature many producers with their own unique styles being brought together. They felt focused and coherent in context of the mixtape, much to the credit of Bob Pro and Yannick who set the tone so well for most of record. Yannick, even more, in matters of musical influence. As one of the pioneers of the modern Rwandan rap scene, his influence can be heard and seen all over this project.

As someone who had very high expectations for this mixtape, I was still somewhat suprised by what Ish Kevin managed to pull off. His evolution as an artist has been really exciting to witness. From the early days of Kagacuku, his delivery, lyricism, and production choices, it has been one impressive upgrade after another. Trappish II is a meticulously crafted, brutally honest mixtape from the loudest voice of underrated Rwandan talent.

Noir: A review
RY's debut EP is a dark and candid collection of...
Kassy Irebe
Loukman Ali’s 'The Blind Date'
Loukman Ali’s vision is going to be something that shouldn’t...
Eric Manzi
Tracing the Cracks by Dominique Alonga review – raw, heartbreaking, and heartwarming.
Tracing the Cracks is a work of fiction that tells...
Uwera Nina Ntaganzwa
Album Review: Kvzmvn
I expected to enjoy the project because I loved, and...
Portia Zuba Uwase