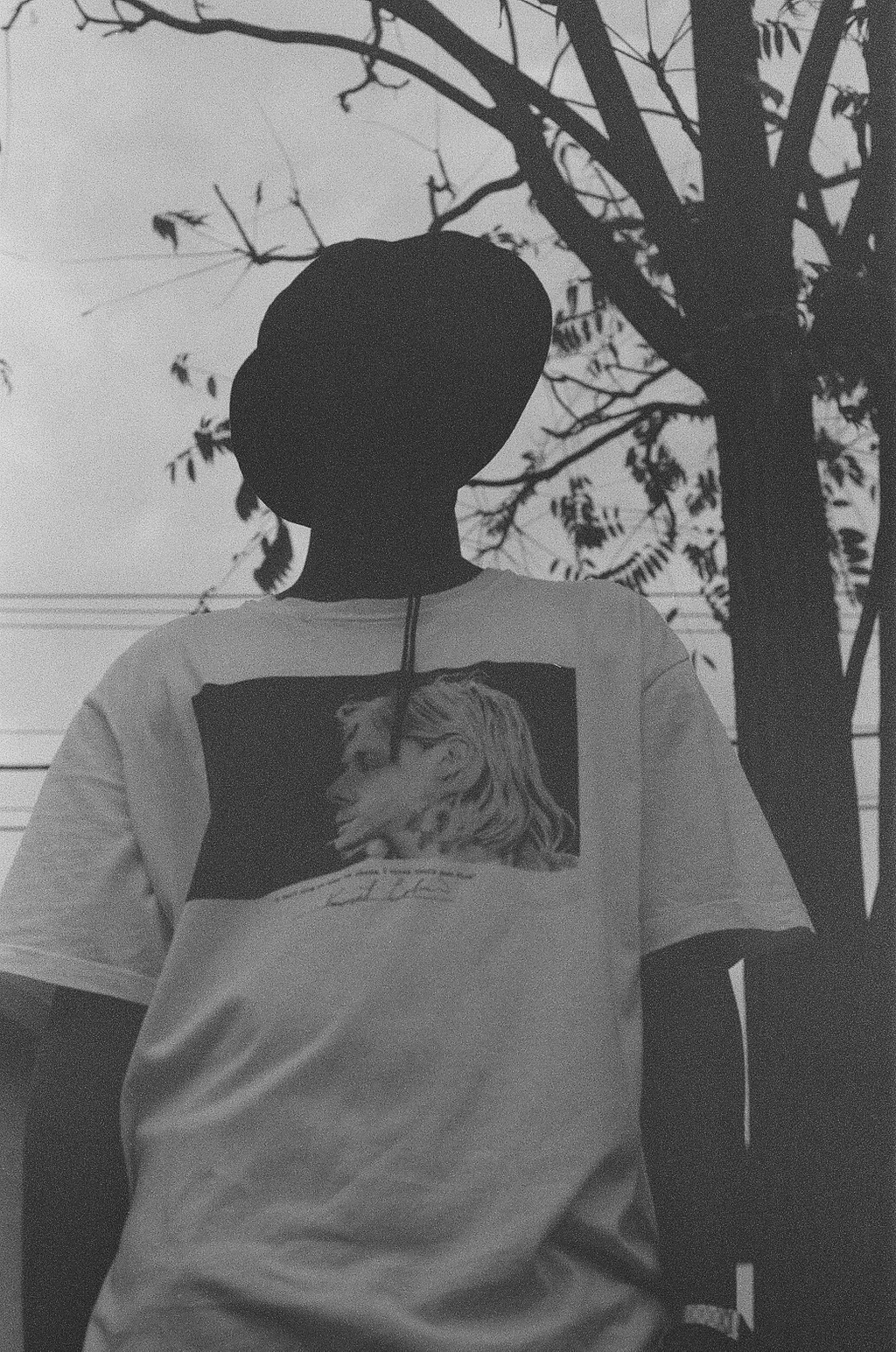 "RY's debut EP is a dark and candid collection of tracks."

The listening journey through NOIR is similar to the end of a sleep cycle. We usually think that we dream throughout the night but it’s actually just in the last 15 minutes before we wake up. Those 15 minutes can be anything from one long dream to a sequence of dreams. NOIR is a 16-minute sequence of dreams, broken down into 7 interwoven tracks.

In Case We Die Young

NOIR starts off with ‘In Case We Die Young’ and we get a sense that RY’s purpose in music is a quest for legacy, leaving memories of who he is in his music. The first of these being loyalty. RY speaks fiercely on riding for his chosen tribe;

“In case we die young, know I ride for you like everyday.”
“Imma put on for my side, it’s in my DNA.”

This song serves as a reminder that he remains faithful to his tribe no matter what but it also warns everyone outside his circle that there is nothing he does without his tribe by his side.

“NCTRN til I die for real, we move like embassy”
“I don’t need new fucking friends so please don’t bother me”

While this song is a dedication from RY to his people, it remains a relatable ode to loyalty.

The use of repetition here turns the hook into a catchy tune that the listener finds themselves singing along to seamlessly with a braggy air that one can’t really pinpoint. What’s more, the layered harmonies in this hook give it an entrancing feel that makes the words feel heavier at each turn.

The production of this whole project has the listener floating out of one track to the next, never feeling like there’s a disconnect, the music slowly phasing out and giving birth to a new tune, and like that, ‘In Case We Die Young’ gives way for ‘Thief in The Night’

Thief in the Night

Unlike ‘In Case We Die Young’ in which RY allows the listener to be a part of the song, ‘Thief In The Night’ is an opportunity for us to take a backseat and experience RY in his element.

In this song, the listener feels RY’s laser focus. The artist delivers his lines with comfort and confidence. He makes it clear that his intention is to dominate and not waste any time in doing so.

His conquering is inevitable and indisputable and that seems to spread to other parts of his life.

“If you love it, then just tell me
“Shawty you love me, just tell me”
“Shawty no need to be shy, so just call me RY the feeling is right yeah”

While it’s no surprise that RY’s poise on this track is attached to his skill and his vision, perhaps the most interesting part of this track is a subtle yet distinct reference to The Divine:

“Walk through the darkest of valleys, I will fear no evil because you are with me”.

This lyric alludes to Psalm 23, a well-known verse in the Bible, and lets the listener know that RY’s confidence can be attributed to a greater power.

The next bubble we are transported into is ‘Zendaya’. In the first two tracks, RY vaguely refers to girls with a hint of uncertainty but this seems to change on ‘Zendaya’. The girl RY sings about has a definite presence in his life.

“Shawty been stuck on my mind…”
“Shawty pull up on me later..”

While the listener may not have a vivid picture of this girl, the song likens her striking beauty to that of famous movie star Zendaya and even compares it with that of Angelina Jolie.

The overall tempo of this song is slow and mellow, almost encapsulating the comfort that can be felt in a loving relationship. As we transition out of the warm pink bubble that is ‘Zendaya’, we enter a cool electrifying blue bubble with yellow and green tones for the acclaimed ‘In The Hills’.

RY pays homage to his home country Rwanda, often dubbed ‘The Land of A Thousand Hills’ in the title of this track. In the same way that ‘In Case We Die Young’ is an ode to loyalty that everyone can relate to, ‘In The Hills’ is an anthem that every single Rwandan, wherever they may be, can feel a part of.

“It’s for my niggas in the hills!”

This lyric, being maybe the most powerful one in this song, has the power to awaken a sense of excitement, pride, and belonging in the listener, and specifically Rwandan listeners because they too have a home in the same hills that RY sings about and that alone makes this track a fan-favorite.

‘Saddest Man Alive’ is probably the darkest bubble the listener enters on NOIR. This track acts as a sobering moment for both the listener and the artist. As RY takes us through the first 4 tracks, he lets us in on the parts of his life that make him who he is; loyalty in love, loyalty in friendship and loyalty in faith.

While he may be privileged to have all these wonderful things in his life, ‘Saddest Man Alive’ reveals that he is no stranger to the lowest of lows.

“I’ve been feeling like the saddest man alive..”
“Like I met the demons on Rodeo Drive..”
“Your body is your temple but I swear not mine…
“But Momma still be telling me I’m one of a kind..”

The struggles of mental health, if overlooked, can develop into anxiety and depression which suck the essence out of life. RY speaks on the effects of this struggle;

Even in his sorrow, RY makes it a point for his memory to last, alluding to his presence remaining in his music even when he won’t be of this world anymore:

“So baby don’t forget me, sing my songs after I leave.”

Whether you are going through this same pain or not, ‘Saddest Man Alive’ pushes the listener to reflect on a time in their life where they went through the same exact thing. It acts as a comfort for those that struggle, knowing that the pain they can’t decipher can be so eloquently described.

Taking a reflective tone and expecting an equally smooth transition to the next track, the listener is in for a rippling shock, literally being shook out of ‘Saddest Man Alive’ and into ‘PUNK!’

PUNK is madness embodied in a track. It screams pride, greed and selfishness of the best kind. RY delivers his lines with braggadocio and the hugest chip on his shoulder, letting us know he’s a force not to be reckoned with.

The aggressive reverb and electric guitar turns the listener upside down and has them fighting to find their footing. TULIP, the only featured artist on NOIR, honors this distinction highly with sounds heavy on echo and multiple voices with different tonalities, the listener feels as though they’re listening to multiple people at once, making the listening experience a whirlwind that you willingly give into.

As if that wasn’t enough, while the listener is being thrown from one end of the track to the other, The ending of the track is astonishing: the whirlwind disappears instantly and leaves you on the ground wondering whether you were conscious or simply experiencing delusion. The bubble that holds ‘PUNK!’ doesn’t only have a color, it also has texture: scaly lizard green.

The last track on NOIR is a sobering exit out of the project. Similar to ‘Saddest Man Alive’, this track touches on mental health, what it’s like to not be able to escape your mind and the pain you’re feeling, with the only resolve being to turn to self medicating.

“Lately I’ve been going crazy, my mind has been hazy so my nigga pour me some lean”
“Baby I’m sorry, I’m drowning in sorrow, forgive me but I’m going back to the beam”
“This kind of pain your soul it’ll rob, but this kind of pain, you forget who you are”

Self medication, while not being glorified, is the ultimate coping mechanism for the ‘Saddest Man Alive’ and while it may help alter states temporarily, the pain returns inevitably. Here, RY calls onto The Divine once more, asking to be delivered from the pain, and then almost as though The Divine answers, the track comes to a silent end.

To many, ‘Lost Soul’ marks the ending of NOIR but I want to highlight an important part of this whole project. A part that I left out willingly because I believe it is what ties NOIR off perfectly. We hear an anecdote at the beginning of the project, before ‘In Case we Die Young’ begins, and again right before we transition to the second track.

The anecdote tells the story of a guy who jumps off a 50 storey building and on his way down, comforts himself reassuringly by repeating the words ‘everything is good so far’. The narrator concludes the anecdote with the chilling words: “ it is never about the fall but always about the landing”.

Similar to that building, NOIR is a 7 storey building that the listener decides to jump off of. As the listener falls into each track, they will tell themselves, “everything seems good so far’ but , each track has the listener revisiting the emotions that came with jumping but also the ones that led to them jumping. Pain, sorrow, pride, joy, fear.

While there can never be a ‘right’ reason or motive for jumping, if on your way down, you travel just right, just like that man in the anecdote was hoping, the listener will ‘land’ before they even touch the ground. Complete solace. And just like that, NOIR ends on such a peaceful, almost quiet note. The silence leaves you wondering just as that man must have wondered once he hit the ground: “Is this it? Did I do it?”

Congratulations to RY and his team on this work of art. ‘NOIR’ is out now on all platforms. Stream it, and remember, it is always about the landing.

Loukman Ali’s 'The Blind Date'
Loukman Ali’s vision is going to be something that shouldn’t...
Eric Manzi
Tracing the Cracks by Dominique Alonga review – raw, heartbreaking, and heartwarming.
Tracing the Cracks is a work of fiction that tells...
Uwera Nina Ntaganzwa
Album Review: Kvzmvn
I expected to enjoy the project because I loved, and...
Portia Zuba Uwase
Album Review
good kid, M.A.A.d city: A Look Back at Kendrick Lamar's second studio album
good kid, M.A.A.d city is a raw, hopeful, ride into...
Portia Zuba Uwase