"How Cedric Mizero is Turning Light to Inner Beauty"

Ever since his “Fashion for All” initiative that took him to travel across villages in the South and Western provinces to seek inspiration for ambitious projects, Cédric Mizero hasn’t stopped.

In a short time, he has amassed more fans, growing deep admiration from art connoisseurs, thanks to his recent ‘Strong Women’ exhibition and his ability to keep his creations consistently relatable. Although he has joined a group of elite designers in Kigali, has started making ready-to-wear products, Cédric is everything except a typical Rwandan designer.

He chooses his themes deep from his personal values and connects with stories of life in remote rural areas. The effort, the contrast with what his peers have to offer, his deep aspiration for change, makes him an activist.

At the recent CollectiveRW Week of Fashion, which ended with an event that took place inside the now-famous Kigali Convention Centre, he offered a show of his creative genius. Seven women and one seventy-year-old man, all with whom he had collaborated to make the “Strong Women” exhibition early this year, travelled from the South-western district of Rusizi to take part in his newest project: the “Beauty in the Heart” collection. 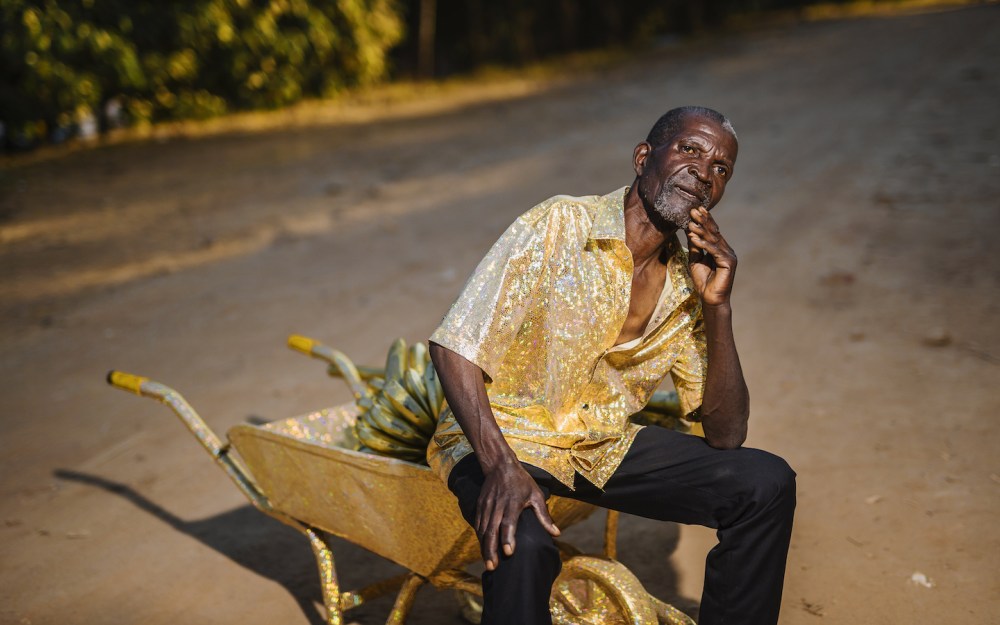 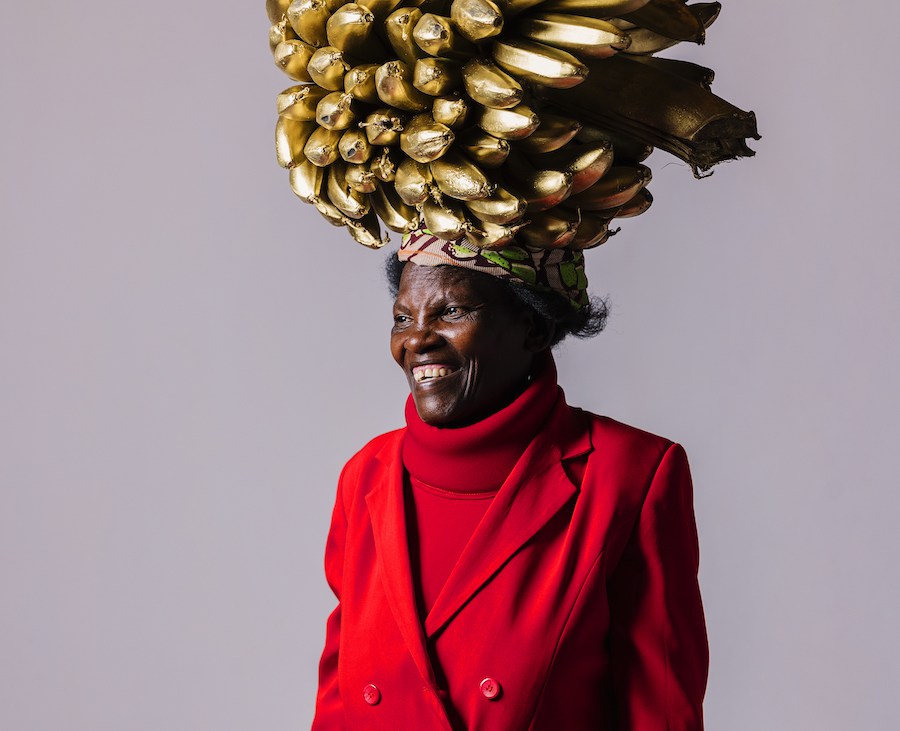 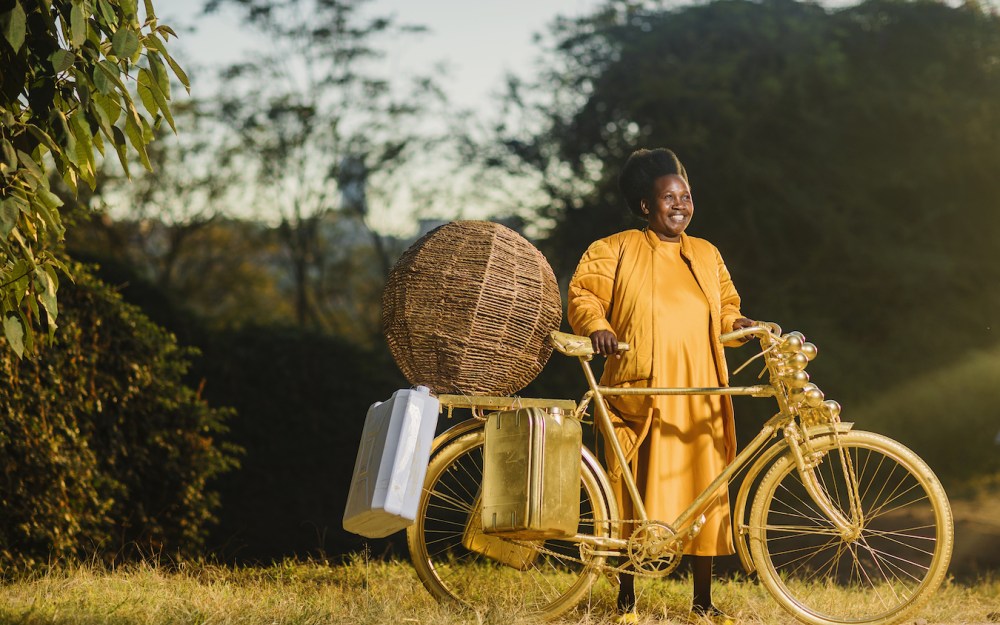 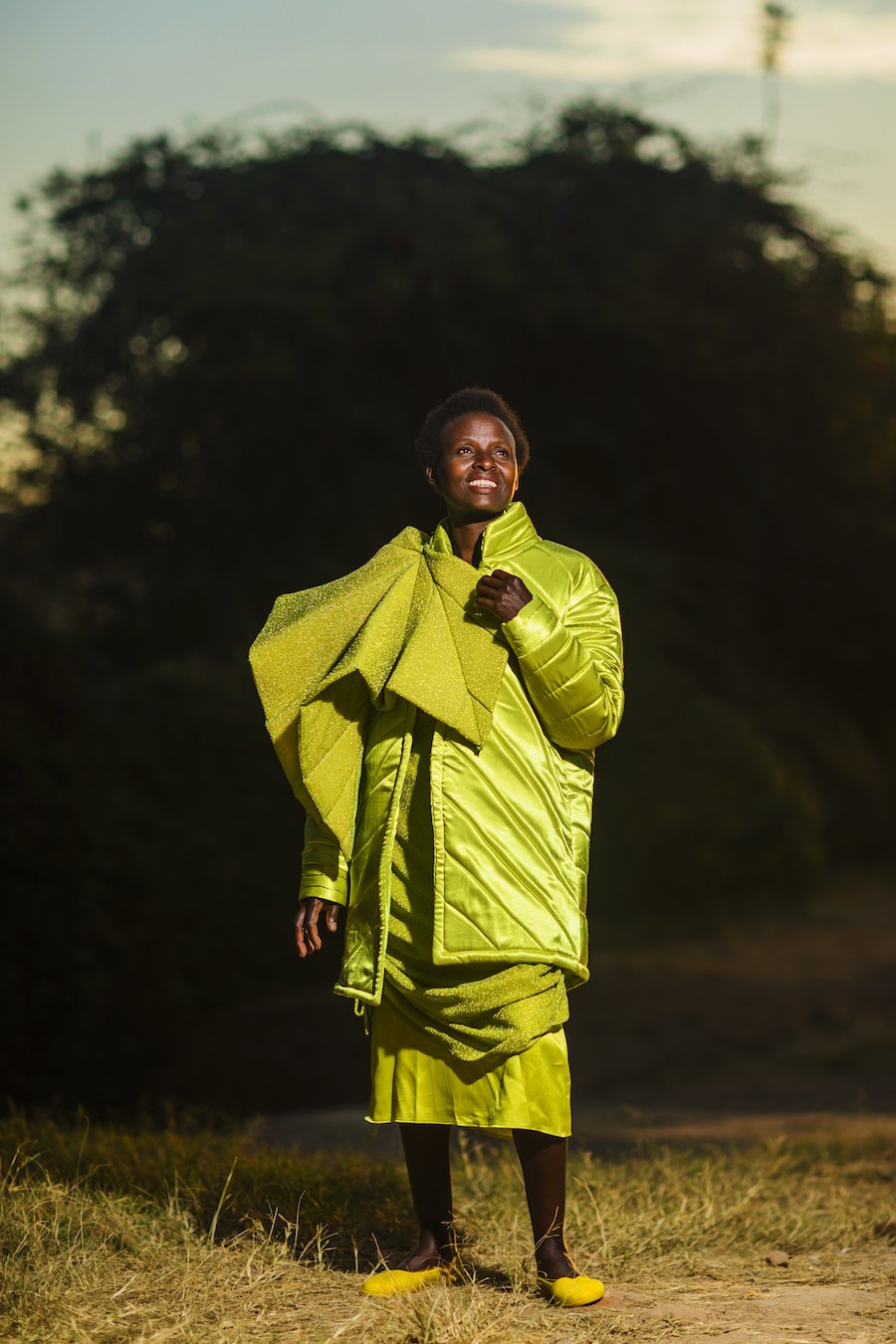 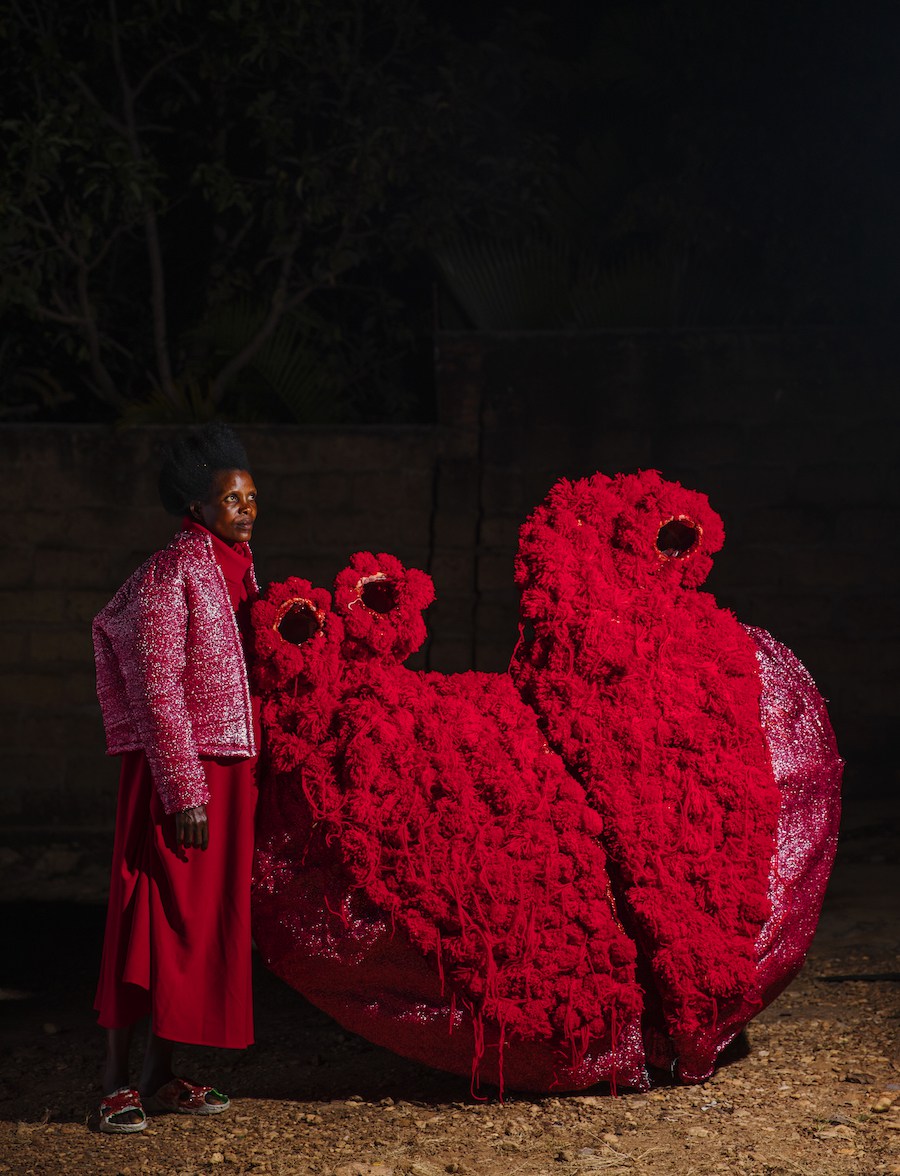 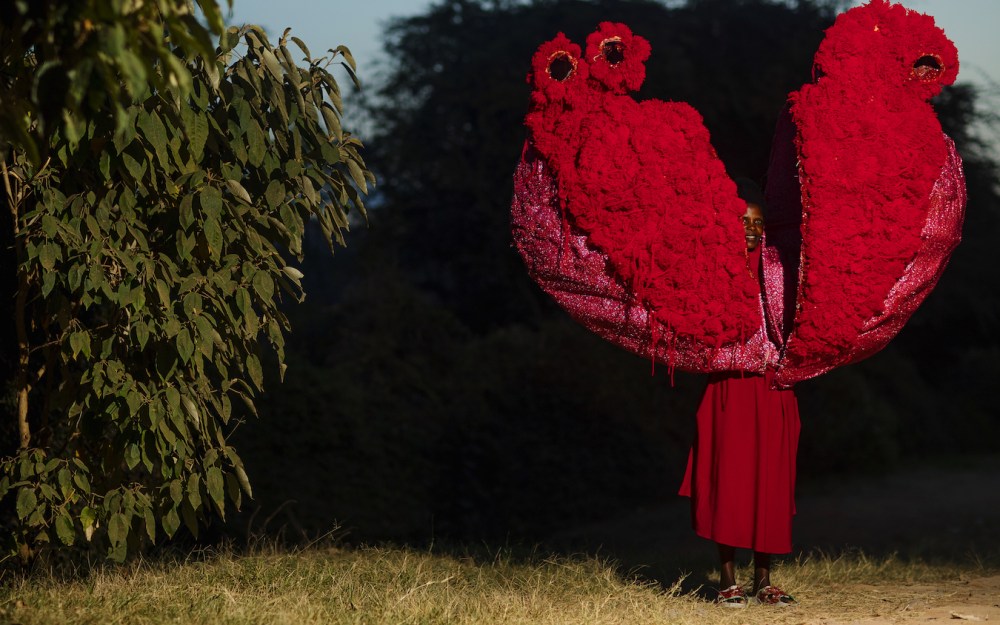 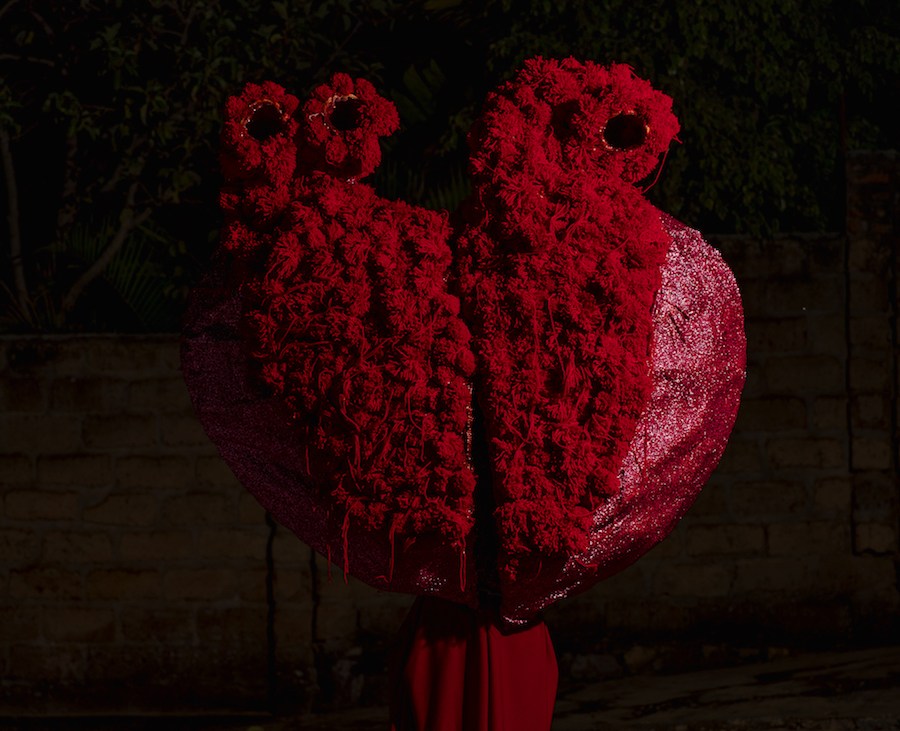 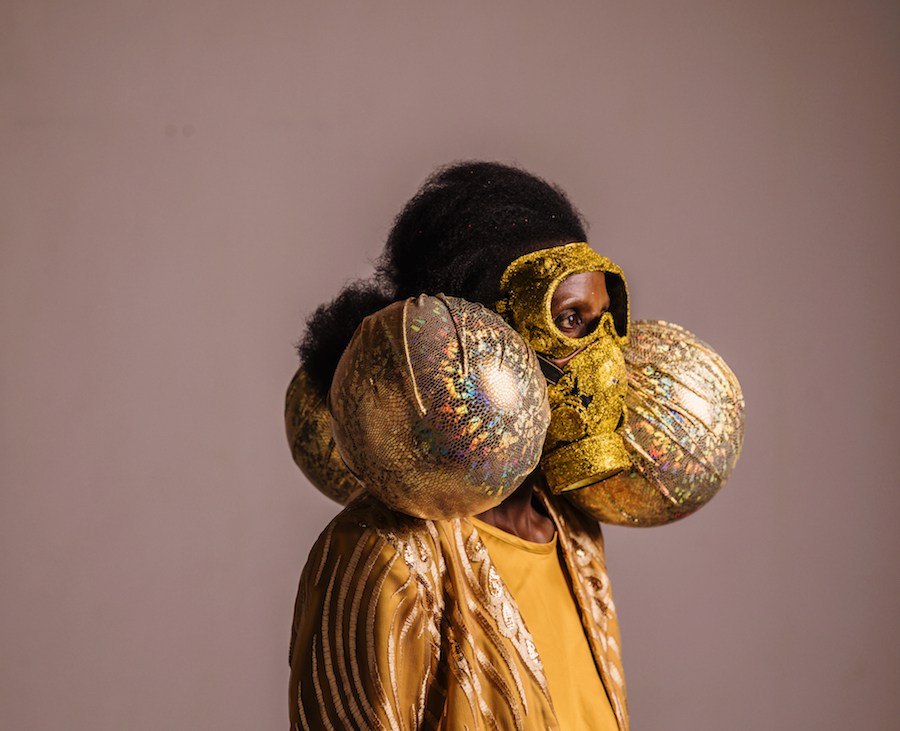 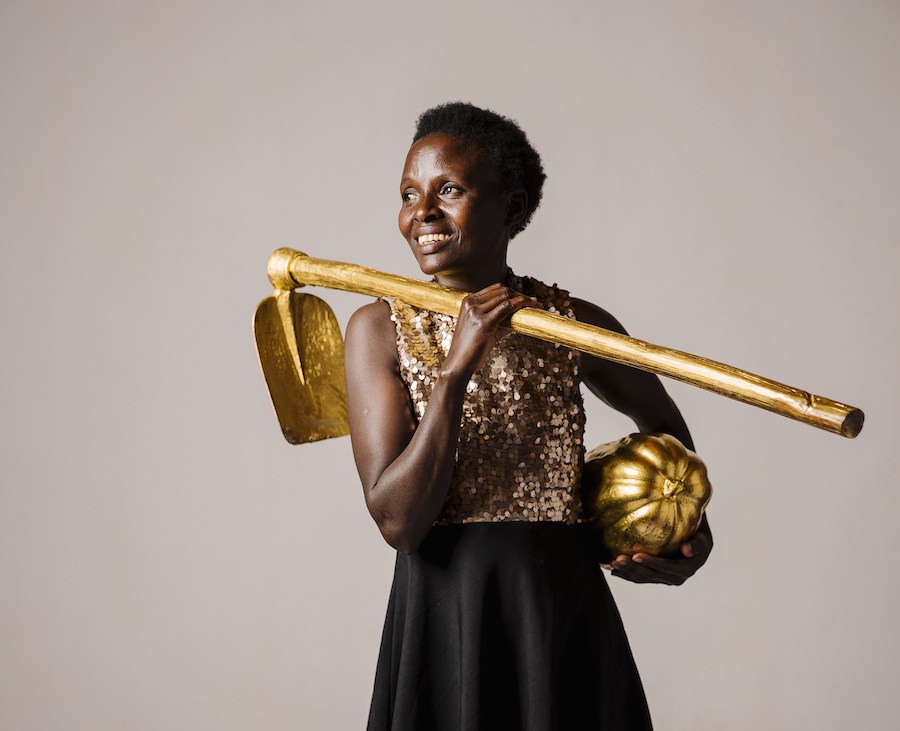 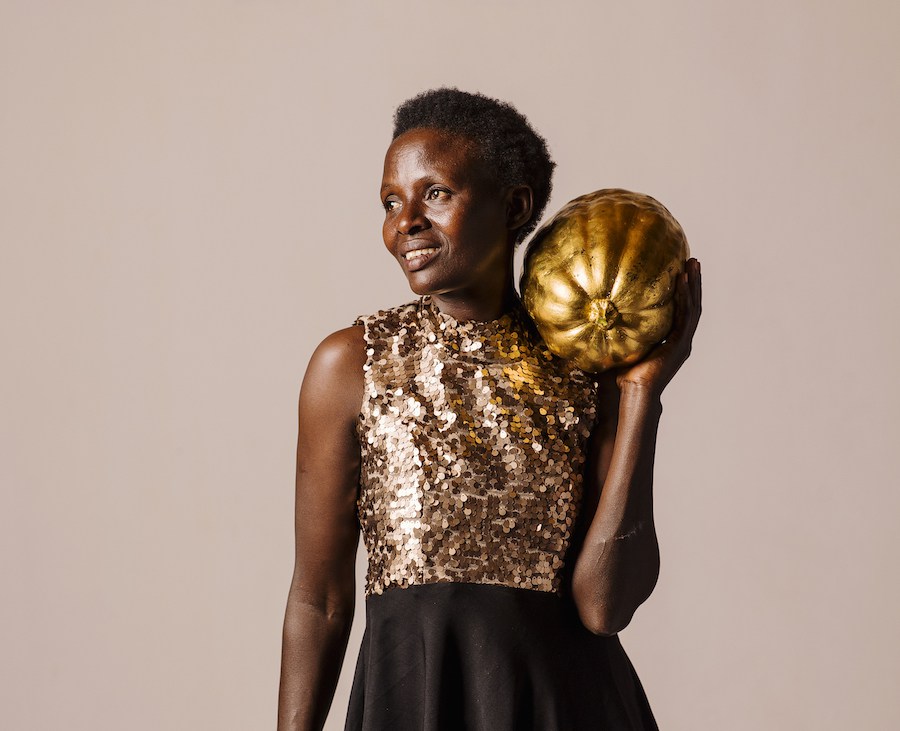 He told me it’s “a personal project,” to mean he did not seek much external support so he can avoid any unwanted influence. This one, he said, is an expression of the beauty that we all bear, the beauty that is hardly perceptible. Cédric is convinced that the mainstream misjudge people who look different due to bias or lack of empathy and adequate contextual understanding.

I met with Cédric on a recent Monday afternoon to talk about all this and where it’s taking him. We met at his studio, located in a large compound which a friend had lent so he get his projects going, in Kiyovu. We first sat on two rock chairs, for a small this-and-that conversation, then moved to sit down on wood stairs that overlook the compound, as two men cleaned the floor of his station. It was just a day after the show, which took place on Sunday, 8 July. He looked calm and seemed more expressive. We talked about design in general, and art, we talked about his personal interests and what motivates him, we talked about death and legacy, and we talked about his education. Unlike in the past, Cédric projected a mind that is busier yet more focused.

At one point, during our conversation, I asked him what his next project is going to be or look like. He said, “I don’t know.” And, as it seemed, he meant it.

This article was originally published by The Kigalian.

Rwabigwi is a social entrepreneur, working in education and strategy. He loves pencils.

Finding solitude gives us new perspective, security in our own company and self, and helps...

He’s an artist like no other I have seen.

Ysolde and Her Magical Shoes

Ysolde and Her Magical Shoes is a Rwandan fairy tale written by Dominique Uwase Alonga....

2 Shades of the Dark Girl

Portia Uwase discusses the influence of western cultural appropriation and how it affects dark skinned...